God wants to get the glory out of your life. A long time ago, I promised that LORD that if He would bless me, I would tell the world about it and let Him get the glory out of my life. Last week I felt led to tell you about an angel moment. I told you to trust in the LORD and serve Him with your whole heart.

I have been teaching my son that God works in themes. There may be times in your life when you go through certain seasons and these seasons have themes, or elements in common with Biblical principles.

For example, about ten years ago, I went through a Job themed season, where I almost lost everything. In that season, I lost my fiancé. I lost my home. I lost my job. I lost my driver’s license, and I almost lost my son. We had to live in my van and in a shelter. When I recognized my season, It took me nine years before I began to pray for my friends, and God delivered me from that Job night after a near death experience.

In 2020, I applied for a Management position with my current employer. I did not get that position, but they offered me a different job with an extremely lower pay. But I took the job. But even though I took the job, I was so jaded, because I just knew, that the first job I applied for, was for me.

After a few days of working, I was going through some of my papers and found an application to that same employer, dated 2014. This was six years later. The Bible speaks of the year of Jubilee, the seventh year, when all debts are cancelled, and the blessing is poured out from heaven like never before. I thought, O.K. LORD, maybe this is where I am supposed to be. I struggled to pay bills while I worked that job for minimum wage.

Then, I needed a car to get to work so I want to a dealership on faith and drove home in a like-new vehicle that I only had to put $100 dollars down on, after having a driver’s license again for only three days since I was not allowed to renew my license because of the accident I told you about last week.

Isaiah 40:31 says, “But they that wait upon the Lord shall renew their strength; they shall mount up with wings as eagles; they shall run, and not be weary; and they shall walk, and not faint.”

So, I worked that job for a year, at minimum wage. Even though I have two college degrees. The enemy said, “They are playing you. They are never going to make you a manager. You should just quit now and go somewhere else.”

But I remember the Words of Job 13:15, “Though he slay me, yet will I trust in him: but I will maintain mine own ways before him.”

I had to repent because although I felt led to stay there, I started making plans to leave after I got my tax return. Well, I filed my taxes in January and I still to this day, have not received my return. God closed doors that no man could open, so that I would not abort my blessing.

I know you thank God opening doors for you; but you need to thank God for closing some doors that could have led you to losing your blessing.

During the year that I worked at my previous job, another manager was hired over me. Satan started laughing at me. He said, “See. I told you, they don’t want you.” I was so upset. I was even angry. But the LORD said in Ecclesiastes 7:9 “Be not hasty in thy spirit to be angry: for anger resteth in the bosom of fools.” And again, the Word says, in Ephesians 4:26, “Be ye angry, and sin not: let not the sun go down upon your wrath:” So I swallowed my pride, and I stayed there.

Then. Somebody say, “Then!” Then, just last week, I told my mother; I said, “Mom, if I don’t get my refund today, I am going to apply again for the Management position” (with my current employer). So I started checking my bank accounts. No deposits. I said, OK, LORD. I will trust you.

I filled out the application on Friday, March 26th, 2021. I was told the next the day that I would have to wait until Monday for a decision since it was already the weekend.

When I told my boss that I had applied for management, it came out in our conversation that I had originally applied for management online a year ago. She was obviously shocked. She said that she had never received my first application. Satan does not know your future, but he can see your potential and recognize the theme and the season that you are in based on thousands of years of experience watching the people of God. I believe that Satan started fighting with my angels, to hold up my blessing. And many people were hired after me, but the Bible says in Matthew 20:16, “So the last shall be first, and the first last: for many be called, but few chosen.”

I want you to know today that 1 Peter 2:9 says, “But ye are a chosen generation, a royal priesthood, an holy nation, a peculiar people; that ye should shew forth the praises of him who hath called you out of darkness into his marvelous light;”

On Friday, night, my Boss called me. And effective Monday, March 29th, in the year of my Awesome GOD 2021, I will be a new Manager.

My Brothers and sisters, remember Philippians 4:6, “Be careful for nothing; but in every thing by prayer and supplication with thanksgiving let your requests be made known unto God.”

And then, “Trust.” Somebody say, “Trust.” Proverbs 3:5-6, “Trust in the Lord with all thine heart; and lean not unto thine own understanding. In all thy ways acknowledge him, and he shall direct thy paths.

And after you have made your request; and while you are trusting in and waiting on the LORD, just do Psalm 37:4, “Delight thyself also in the Lord: and he shall give thee the desires of thine heart.”

A lot of us think of that scripture as meaning God will give you whatever you want. But the deeper meaning of Psalm 37:4 is that when you delight in the LORD, GOD will make your desires become the desires of His own heart. He will give you what desires that your heart should have. And when your desires match up with what God desires for you, He has no reason to deny your request. Indeed, you shall have the petition that you ask of Him.

So, as I step into this new chapter of my life, I decree, and I declare that this is the year of Jubilee. Everything that has been stolen my family by the enemy, it shall be restored, in the name of Jesus. And now, I’m going to put a praise on it.

Listen to My Music

Listen to My Music

« Join my Tupperware Facebook Group for recipes and more! 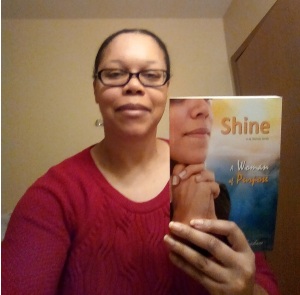 Shine: A Woman of Purpose


by Shenica Renee Graham
Experience a powerful testimony and cultivate the fruit of the Holy Spirit in your life.

Buy this book on Lulu.com

Buy this book on Amazon.com

Buy this book on BarnesandNoble.com
Follow 31 Women Ministries on WordPress.com